Home » Alternative Medicine » Chiropractic » Can A Chiropractor Help With Anxiety? 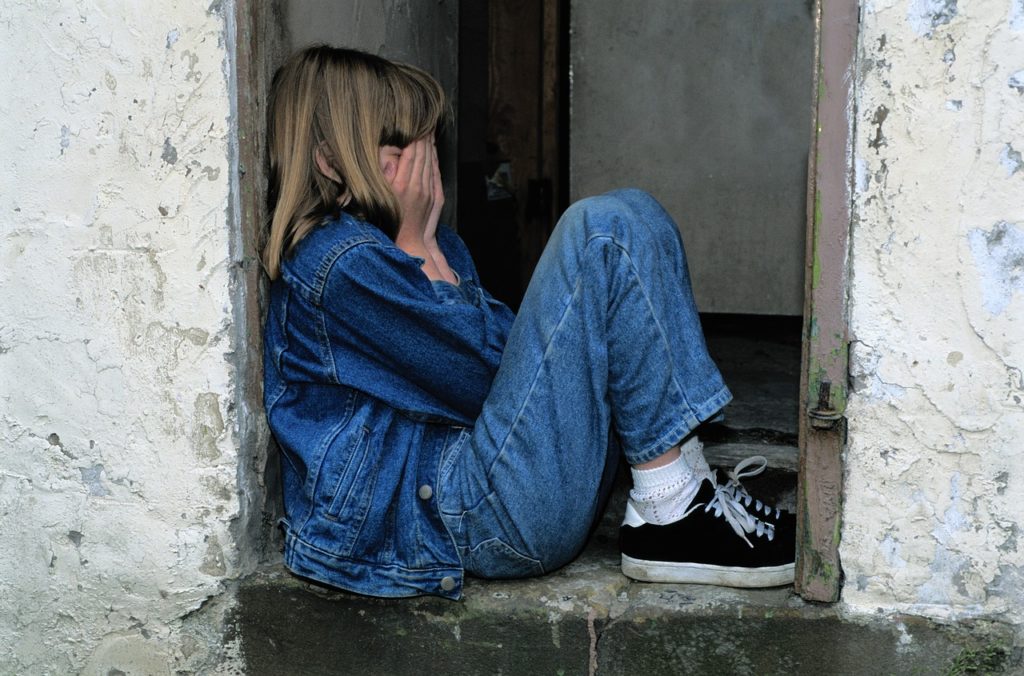 The tiniest event can trigger a panic attack, and sometimes you may not even know what triggered it. Today, anxiety disorders are a prevalent mental health issue in the United States affecting as many as 40 million adults, or roughly one in eight people.

Furthermore, these estimates may be on the low end because there is a stigma associated with having a mental illness which may deter people from seeking help. Admitting you have one goes against social norms and can make others feel uncomfortable.

Many people simply keep their struggles to themselves due to fear of being shamed or ostracized. It is a terrifying thought, but perhaps even more Americans have anxiety disorders than the numbers reported above because they didn’t want to out themselves.

Treatment for anxiety disorder often involve the use of medications. Due to the potential side effects caused by medication, patients often look for alternative treatments to treat their anxiety. Many wonder if a chiropractor can help with anxiety.

Chiropractors claim that their holistic approach to healing the body can also heal the mind. But is that really what happens? In this article, we examine if enlisting the help of a chiropractor for anxiety is a prudent choice, or if victims of anxiety disorder should look elsewhere.

How Effective is Chiropractic for Treating Anxiety?

In my research to determine the effectiveness of chiropractic for anxiety, I came across an interesting article. Interesting, perhaps, for the wrong reasons.

I’m specifically pointing out this article because it is the number one result if you Google “can chiropractors help with anxiety” and other similar queries. It is also posted on rtor.org, the website of a non-profit organization that helps people with mental health issues.

Having the article on their site implies they approve of it and have checked it for accuracy before publishing, right?

The article is authored by a certain doctor of chiropractic, whom I shall not name directly, and I shall henceforth refer to as “the author”. He talks about ways chiropractic can help treat one’s mental health by treating the body. The author makes many bold claims like how a chiropractor can help with anxiety by adjusting the spine, by lowering one’s blood pressure, and by improving sleep.

Each point he made contained links to studies where chiropractic was used for various purposes and the results were examined. Seeing as how the author cited these sources to try to back up his points, then surely the conclusions agreed with him?

They didn’t. And the reason why I found this article so interesting is that these articles were obviously cherry-picked in an effort to make his arguments stronger, yet the very same articles he linked to contradicted his claims.

The author either did not understand the conclusion, or he was hoping readers wouldn’t actually read all the way to the bottom to see that some of his sources contradict him. It’s hard to sound credible when the sources you provide sabotage your own argument. Let’s dissect his claims one by one.

Is Chiropractic an All-Natural Solution Without Side Effects?

While it is true that chiropractic is all-natural, whether it is a solution without side effects is highly contested. Numerous studies have been done on chiropractic, and there has even been a systematic review done on them which conclude that the studies “fail to demonstrate convincingly that spinal manipulation is an effective intervention for any condition.”

Furthermore, not only is chiropractic generally ineffective, it is made even worse by the fact that it can “cause mild to moderate adverse effects”. Specifically, when done on the upper (cervical) spine it can lead to stroke or even death as a result of vertebral artery dissection. So, unfortunately, chiropractic is neither a solution nor without side effects.

Does the Mind-Body Approach Work?

One of the core beliefs of chiropractic is that vertebral subluxations (misalignments) are the cause of the majority of the body’s ailments, and that chiropractic adjustments embrace “the holistic nature of the human body” by treating subluxations.

In his article, the author believes that anxiety is just another mental problem which can be cured by chiropractic. Asking whether the mind-body approach works is akin to asking if chiropractic as a whole works, especially in regards to treating mental health. The studies don’t seem to agree.

Does Chiropractic Lower Your Blood Pressure?

According to a 1988 study done by the Canadian Memorial Chiropractic College, chiropractic was found to have “systolic and diastolic blood pressure decreased significantly” and also a reduction in state anxiety. However, they concluded that more studies need to be done to determine any long-term effects.

In a more recent study conducted in 2007, it was found that a special chiropractic adjustment, known as the atlas adjustment, could significantly decrease blood pressure in individuals who have a misaligned Atlas vertebra. The positive effects were similar to patients taking two blood pressure-lowering drugs simultaneously, and these effects were present even after 8 weeks. However, it is unclear if such results can be attained by people who do not have a misaligned Atlas vertebra.

Furthermore, any adjustments done on or near the cervical spine can potentially cause a vertebral artery dissection, which can lead to stroke or death.

The author claims that spinal adjustments done by a chiropractor can cause an increase of oxytocin, neurotensin, and cortisol, all of which are hormones that improve nervous system functioning. These hormones help block pain from stress and inflammation, and enhances feelings of social bonding.

According to the study that he linked, spinal manipulation does, in fact, cause an increase in the aforementioned hormones immediately after. However, after two hours, there were no differences between hormone levels of the groups that were tested (which includes a control group that did not receive any spinal manipulation), implying the positive effects are very short term.

It would seem unlikely that triggering positive hormones for two hours at a time would help someone overcome their anxiety.

People who suffer from depression or anxiety may also suffer from insomnia as a side effect. The author believes that “chiropractic manipulation may improve patient sleep patterns” while linking to this article.

Unfortunately for him, the very same article concludes with: “Some studies have noted improvement in insomnia following manual therapy; however, based on clinical trials, there is minimal evidence of support for chiropractic in insomnia [emphasis mine]. Further studies with high methodological scores need to be conducted.”

It would appear chiropractic does not help with insomnia after all, and therefore cannot help with anxiety by treating this symptom.

Patients who are suffering from anxiety may also have muscular tension and headaches, and the author believes that chiropractic can treat these symptoms and reduce anxiety. He references a study by the Journal of the Canadian Chiropractic Association, which tested the effectiveness of cervical adjustments performed on male patients to see if it could treat headaches caused by muscular tension.

After 12 treatments spread across 8 weeks, they concluded that “little or no effect is obtained in reducing intensity of individual headache episodes with this treatment approach. These findings are limited by the small sample size and suggest a need for a larger study population as well as specific treatment comparison studies. These results may further be limited in that all subjects were male.”

How about another study, which analyzed 465 patient responses after they had been treated by chiropractors, and found that 19.8% of them suffered from headaches because of chiropractic?

This is a particularly weak argument being made by the author. It is true that receiving chiropractic treatment can feel good and there have even been some studies that show reduction in lumbar back pain.

However, to make the leap in logic that because something feels good, therefore it can help with anxiety is a bit of a stretch, especially because there is little or no evidence supporting this.

That’s like saying eating a bucket of ice cream (or any other comfort food) can treat anxiety because it makes you feel better as you are eating it. Technically, you do feel better for a short period. But is one’s anxiety cured because of a brief respite? Doubtful.

In their article titled “Depression, Anxiety, Mental Health and Chiropractic Care”, the author argues that chiropractic can help treat one’s mental health, in this case anxiety. Unfortunately, there is very little to no data that supports his claims. In fact, most studies show that not only were no positive results, there were even some moderate side effects.

Most of the author’s arguments are that chiropractic can treat many symptoms that can cause discomfort or pain, which could exacerbate one’s anxiety. However, to jump to the conclusion that treating these symptoms could ultimately reduce anxiety is hard to believe, especially in light of so little evidence. As a result, unless more research is done in support of chiropractic, one can conclude in the meantime that the answer to “can a chiropractor help with anxiety” is a resounding NO!