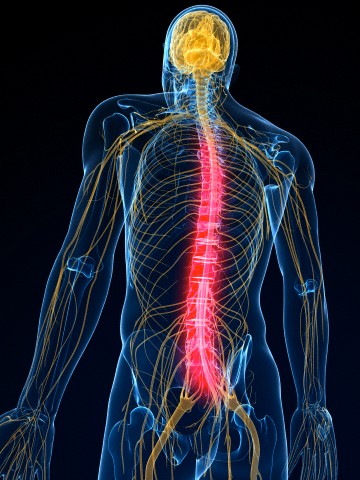 Viral myositis is an uncommon viral infection which causes one’s skeletal muscles to become weakened, inflamed, and painful. An individual may experience highly concentrated pain in one muscle group, like hip and shoulder muscles, or the condition may cause pain in several places all over the body simultaneously. Symptoms generally proceed rapidly, and one may very quickly find themselves suddenly unable to leave his or her bed in the last stages of viral myositis. Treating this condition typically involves a round of antiviral drugs, steroids to lower inflammation, fluids for hydration, and an extended period of bed rest.

Muscle inflammation and infection are very rare with most viral infections. The majority of the cases involving viral myositis have to do with autoimmune conditions that cause the immune system to attack healthy muscle fibers and nerves by mistake, as if they were harmful pathogens. For viral myositis, however, one’s immune system is not mistaken; there will really be the presence of dangerous pathogens in one’s body that need to be eliminated. Human immunodeficiency virus (HIV) is what most commonly causes viral myositis. Severe infections of influenza, coxsackievirus, and many other pathogens can cause muscle inflammation also.

An individual who contracts viral myositis will most commonly feel weakness, pain, and inflammation in at least one or more muscles. The most common sites are the quadriceps muscle as well as the lower back muscle. Swelling may also occur in one’s arms, shoulders, and neck. Additional symptoms of myositis are fatigue, fever, and body aches. In acute cases, one’s kidneys, lungs, or even hart can be affected, resulting in a very dangerous and life-threatening situation.

A medical professional can determine the presence of viral myositis through blood tests and a physical exam. The doctor will need to inquire about the patient’s symptoms and medical history, and investigate the muscles for any abnormalities such as tender spots. Blood samples are taken to determine whether there are viruses, such as HIV, which may have caused the symptoms that the patient is exhibiting.

Treating viral myositis mostly depends on which virus is involved and how acute the symptoms are. Patients who have minor symptoms, such as low fevers and minor pain are given antiviral medications and are recommended to get sufficient rest until the symptoms are cured. Should an individual be suffering from immense discomfort, she or he may be hospitalized so that fluids, antivirals, and corticosteroids can be safely administered. Those who are HIV-positive generally need more aggressive treatment initially, and will require ongoing medical treatment indefinitely for their conditions.  In general, cases of myositis are successfully treated or at the very least, treated to the point of non-issue.